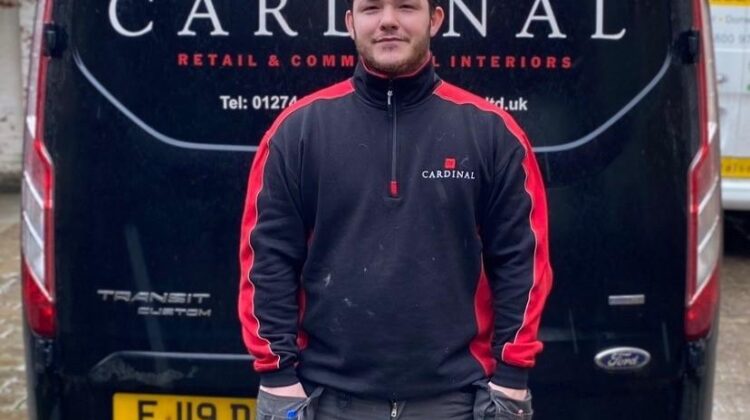 Matthew (Matty) Warren started his career at Cardinal, back in 2014, as an apprentice joiner working out on the various Cardinal sites completing tasks and learning the complex joinery trade.

Through hard work, diligence and commitment he completed his apprenticeship and was offered a full time role at Cardinal.

Matty has worked on many different Cardinal projects including the recent £2.7M refurbishment and repurposing project at Northgate House for Calderdale Metropolitan Borough Council and the £900k conservation and restoration project at Cannon Hall, where he was able to showcase his considerable joinery talents installing many bespoke items.

His willingness to learn and to personally progress has led to him successfully completing his SSSTS certificate, allowing him to progress his role to become a Site Supervisor.